With a seemingly endless abundance of ethnic foods fairly represented throughout the county, Greek cuisine does not seem to draw a huge number of restaurateurs to San Diego. It just takes a little looking, though. Unassuming inside and out, the food at Olympic Café speaks for itself, as shown by the “Best Greek Restaurant in San Diego” award City Beat gave the café in 2004, and the number of repeat customers that regularly dine here. With the laid-back atmosphere reminiscent of an old diner and friendly staff, customers are made to feel right at home. The family-owned café was established in 1985, and diners looking at the menu prices might feel like they’re stuck in a time warp – in a good way . Spanakopita, huge gyros, and a falafel platter are traditional Greek picks on the menu, but for those craving American fare, Olympic Cafe also offers a half-pound Angus burger for only $5.55 during lunch hours. Serving breakfast daily starting at 7am, the something-for-everyone menu has omelets and lighter dishes. If you decide to go Greek all the way, try the breakfast gyro – two eggs scrambled with sliced gyros and grilled onion, topped with fresh tomato, wrapped in a piping hot pita and served with their creamy tzatziki sauce. Playful desserts like a kourabiede, a traditional toasted almond butter cookie, or the white-chocolate dipped sprinkle-covered pretzel are sure to satisfy a sweet tooth. Olympic Café is one of those places you might pass on the sidewalk every day, but take our advice and give it a try next time you’re craving traditional Greek eats. 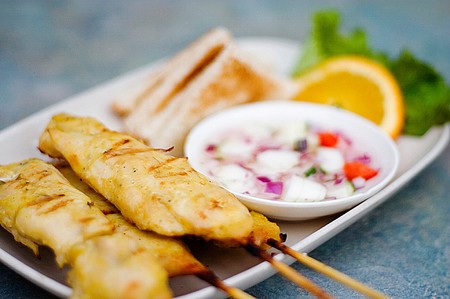 All eggs, omelets, and scrambles are served with hashbrown potatoes or fresh fruit and your choice of toast, pita, or bagel. Enjoy our homemade coffee cake in place of toast for an additional $1.75. Low cholesterol egg product or egg whites available upon request.

Sandwich of the Day 0.00
Whole sandwich served with choice of French fries, rice pilaf, salad or cup of soup